We are the invisible workers risking our lives going to work during the COVID pandemic often without PPE, paid sick days, or living wages.

Over 30 years ago, a group of mostly immigrant janitors, earning poverty wages, went on strike in Los Angeles. The nation rallied in support of the workers, who eventually won living wages and a union contract—birthing the Justice for Janitors’ movement. Since then, tens of thousands of janitors throughout the country have won a union, wage increases, benefits, and protections against workplace abuses. 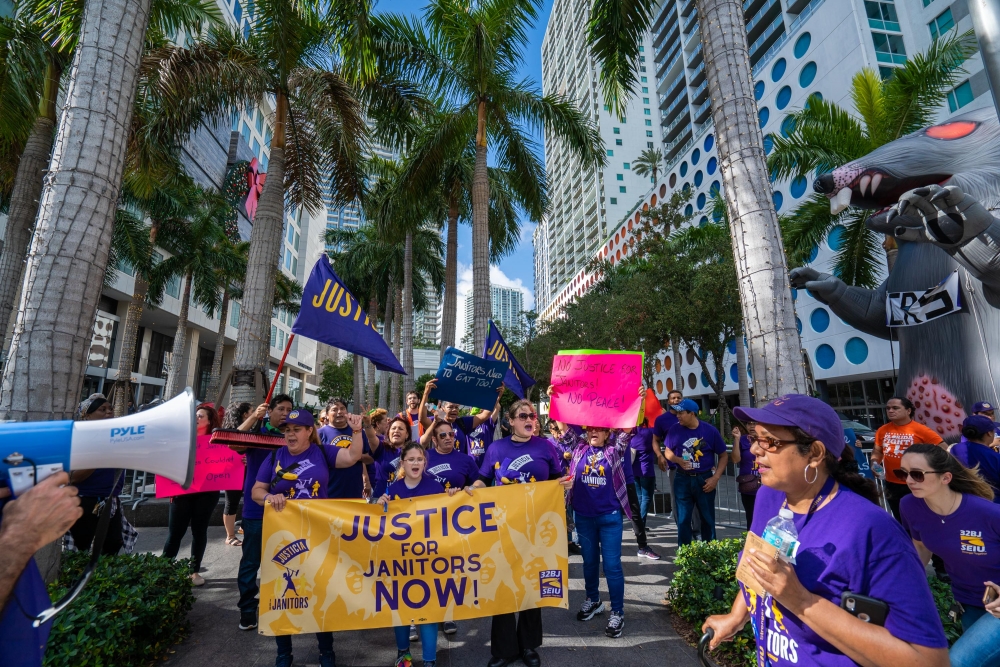 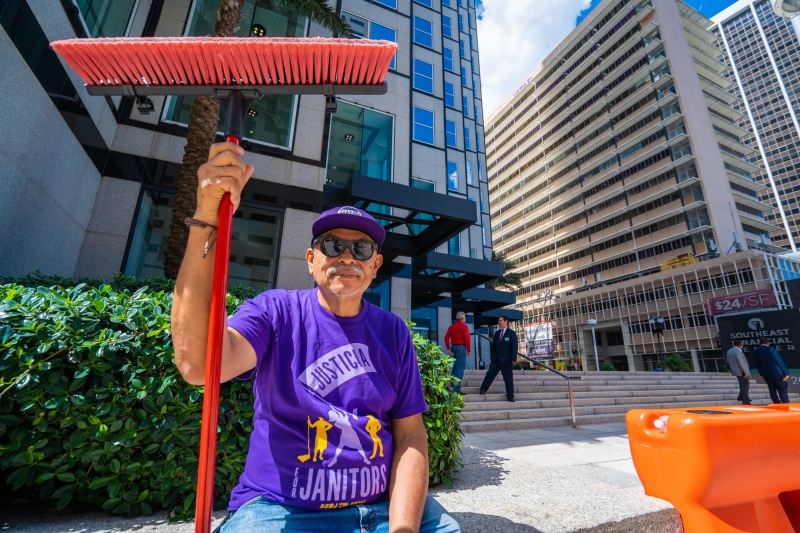 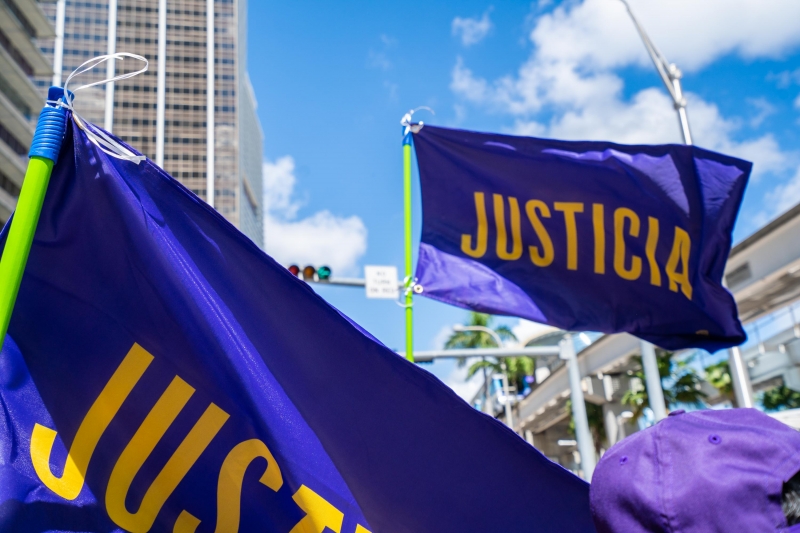 From Little Havana to Downtown Miami, billions of dollars are trading hands each year over South Florida’s premier commercial buildings. Yet one group has yet to receive their fair share of these profits: the janitors who keep South Florida’s buildings clean and safe.

We are women, immigrants, Black and Brown workers. We are Union Strong. We are building a union of thousands of janitors across South Florida and we demand good wages, excellent benefits, and a strong union contract. We demand Justice for Janitors! 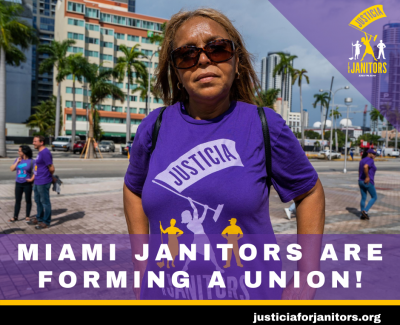 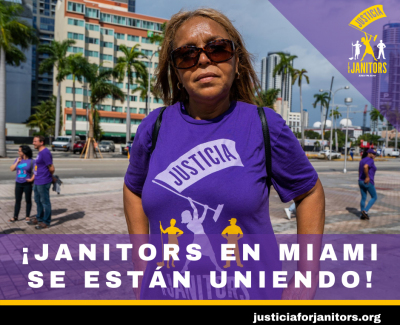 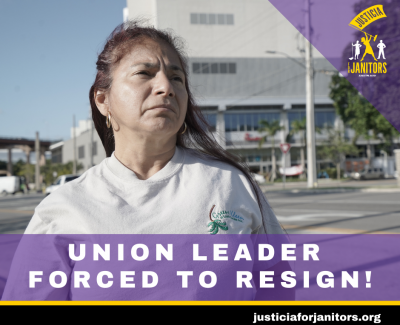 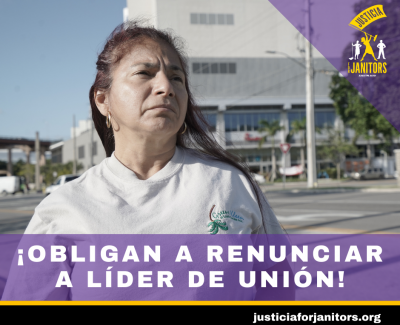 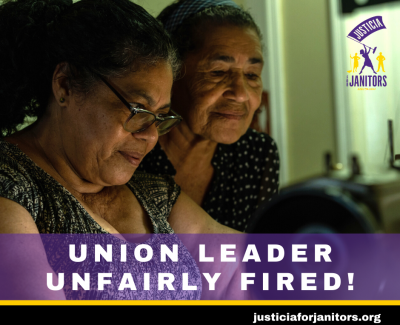 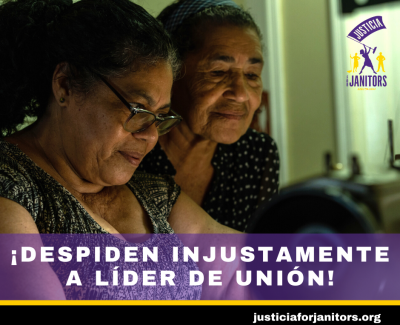 Miami Janitors are joining together to fight for $15/hour, good benefits and respect on the job. Show your support for #JusticiaForJanitors!🧹✊
More at https://t.co/9gd04ybHs4 pic.twitter.com/nHvqNxQSrO

Greene Kleen janitor, Jackie Bonnet, spoke up ab having to clean with water & dirty rags. Later they made her resign when she asked for time to care for her sick parents. Tell #GreeneKleen #UnionBustingisDisgusting! More=> https://t.co/9gd04ybHs4 🧹✊ pic.twitter.com/ME0yB5BteC

Greene Kleen janitor, Lorena Cortez, sewed masks for her coworkers when they weren't getting enough #PPE last spring. She was fired after fighting for safer working conditions. Stand with Lorena, tell #GreeneKleen to respect Miami Janitors!🧹✊
Join her at https://t.co/9gd04ybHs4 pic.twitter.com/Xl5hZTnbFV

Print and show your love for your Janitor: 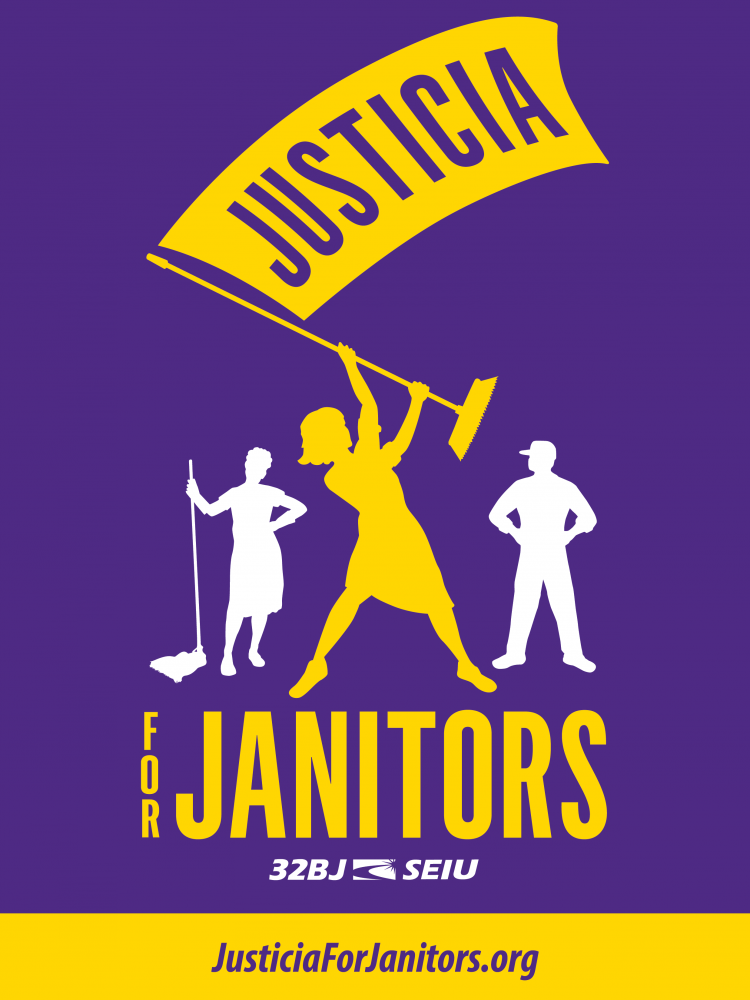